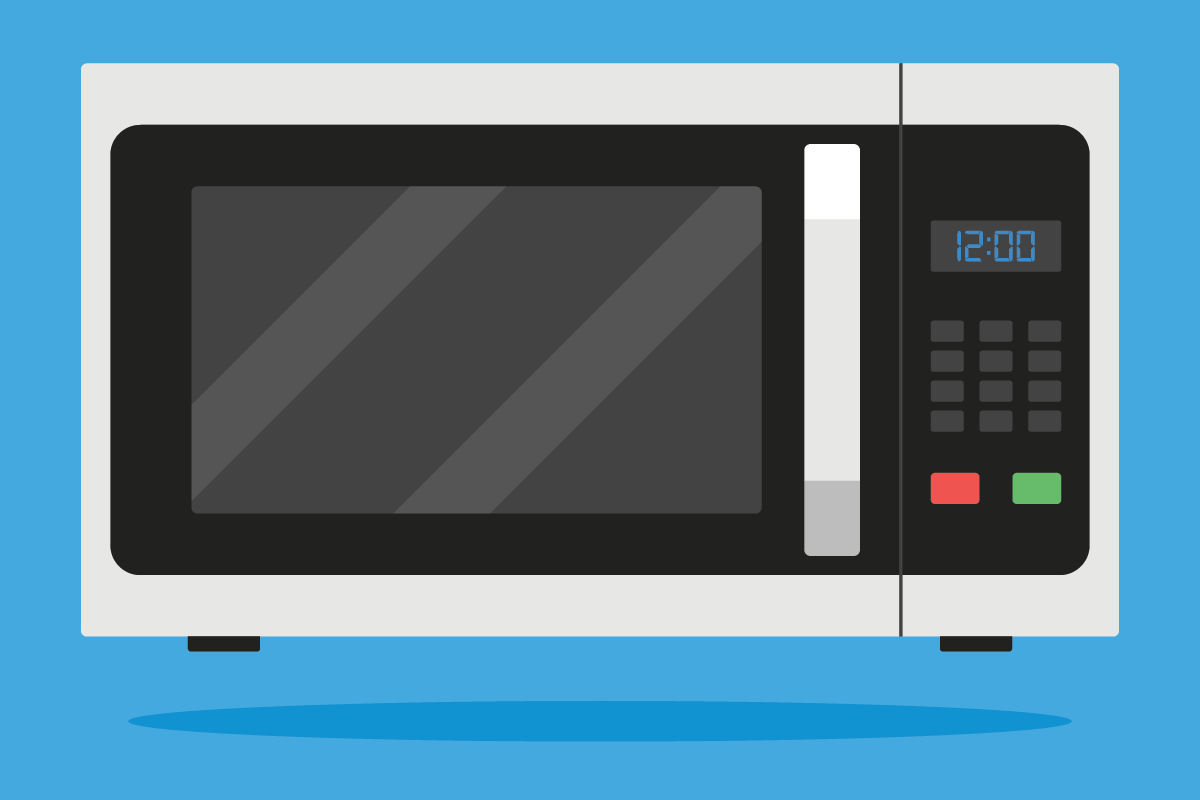 I never did understand why someone would move into one of these things.

- The Microwave Lady, after entering my apartment complex

How hard is it to sell a used microwave on Craigslist?

In the waning 48 hours immediately before my walkabout (I once enjoyed a 6-month around-the-world fit of global vagabonding), a brief 20-minute encounter with a woman now known simply as “the microwave lady” put into action a series of events that leads directly to this writing, which attempts to relate my failed attempt to sell a $10 microwave on Craigslist.

As I stared at the bottomless pile of junk that needed to be packed, sold, or given away, I didn’t really care in general how or when all of the clutter would be removed from my apartment. As long as it was gone by midnight the next night, and the deal was fair, I was happy. This haphazard approach had served me well with several different pieces of merchandise: some “antique” computers, happily retrieved by a starving computer science student; particle board furniture and bookshelves, easier to replace than to relocate; even a queen mattress that had no right to expect to become anything better than a trade-in at Mattress Discounters. Sure, some buyers backed out or didn’t show up; that’s the risk you take with the Internet.

And then there was the microwave lady. To this day, I still don’t know her real name: she showed up after three days of enthusiastic emails, very excited about getting a microwave and helping to “reduce environmental waste”…by using my old 1100-watt box to cook popcorn instead of a new 1100-watt box.

After burning a gallon of gas on the way to my fading home, she and her boyfriend called with a confused edge in her voice. “Does your apartment building look like a hotel or something?” (The old apartment was one of 150 or so units in a 4-story complex.)

In her defense, the complex (and many others on the same street) does bear some resemblance to a converted hotel. Like other urban tenements, the rooms were uniform and the public ways carpeted in that off-color sort of way designed to look passable, but not so much so that a tenant becomes compelled to steal it. The swimming pool and exercise room were rarely used, nor the banquet room, outside patios, or lobby lounge. Apartment life, it seems, is not about your actual lifestyle but the perception that you can do all of those things homeowners and wealthier condo residents do.

Departing view of the old apartmentI reached the front door where the microwave lady and her boyfriend waited in a tense posture. A middle-aged woman with salty hair and grandmotherly glasses, she was all ready for her job as a librarian at the Berkeley Public Library or private school teacher or wherever retired hippies go after they tire of protests and rallies. (Protest not, for there is some of her in me.) Her hair was a well-kept unkempt nest, expressing both that she cared about her appearance and that she chooses not to care about her appearance.

I opened the door. She hesitated for a few moments, unsure of what to do next. Eventually, she crossed the threshold and glanced about, visibly uncertain about the proper etiquette for greeting a person in an apartment building.

“I never did understand why someone would move into one of these things instead of a nice Victorian unit or something.” This, you might argue, is not the proper apartment greeting.

I could have theorized about the superior appliances, the abundance of apartments, the relative dearth of Victorians, parking garages, elevators, simplified renting procedures with landlords that respect the Fairness in Housing Act, or the substantial differences in cost. She was, however, the customer - and even on Craigslist, the customer is always right (until you get the cash and can tell them to go away).

“Well, it has some advantages,” I uncontroversially replied.

We wandered back through the sterile hallways for the next two minutes - the microwave lady, her equally eccentric boyfriend, and me - until arriving at my tornado-struck apartment.

The microwave had already been packaged in its original box, ready for a quick transaction: open the box, say OK, hand over a $10 bill, leave with box. Dozens of similar scenes had been played out in the preceding weeks in that exact location. Microwaves, however, are apparently much more susceptible to fraud; she was prepared to put it through a few laps.

“Can we plug it in to make sure it works?”

I scan the apartment. The kitchen is partially packed, the countertops are obstructed, the living room is condemnable, and the microwave box is located on the other side of a barricade of other packed appliances.

Scene of the Microwave encounter"Well, I just used it yesterday, but if you want to plug it in that’s OK."

She makes no movement, clearly expressing her desire for me to plug in the microwave. A minute or so later, we’re staring at the famous blinking 12:00. She doesn’t say a word.

While the super-size coffee mug demonstrated the magical rotations of the microwave, I noticed her boyfriend looking about with some curiosity. “Anything else you’re looking for?” I asked. “Just about everything you see is for sale.”

“Really? Hmm.” His eyes kept dashing about, eventually resting on my magical 11-cup Cuisinart food processor. “What about the Cuisinart?”

“But it’s the full-sized one. And it’s probably been barely used, this is kind of a bachelor pad, right?”

While it was true that it hadn’t seen much use of late, I could still make a mean butternut squash soup. But this was one less thing to have to pack and move, so I went along with the story.

Chuckling: “Yea, it hasn’t seen much use.”

“How much you want for it?”

“That’s a great deal,” he accurately observed, turning to his girlfriend. By this point, she had taken the cup out of the $10 microwave to confirm that the water was, in fact, hot.

“Let me look at it,” she said, fumbling about for somewhere to set down the boiling cup of water.

Several more minutes pass as the couple unpack and repack the food processor, inspect the innards of the microwave that had been stained with popcorn butter, apply a kitchen sponge to prove that it’s cleanable, discuss the placement of the controls (“they’re on the inside of the door!"), lookup the cubic footage on the packaging, ask about the manufacturer, its age.

The microwave lady: “I don’t know, I just don’t like it.”

Though I’ll never be able to confirm this, I don’t believe it was the microwave that bothered her as much as where it was coming from. Everything about her “shopping” experience was uncomfortable to her: the building, the location, the seller, the style, even the boyfriend pressuring her to make a purchase. But you can’t get department store service at the flea market.

Just as it was becoming clear that the past 20 minutes had been an absolute waste of time in a weekend with a very small supply of free time, my next Craigslist buyer called, waiting for entry into Hotel Anderson. In the following four minutes, he and I completed our business and the microwave lady finally stumbled off without a sound…and without a microwave.